As they say, sometimes is better to wait to report on some news. I feel the episode of Bixby on Wednesday could’ve wait until yesterday, when I was going to the Samsung Developer Conference and will get more context and details. If you didn’t listen to yesterday episode for some reason here’s the summary: Samsung opened Bixby for developers, we were part of the developer Beta program and VoiceFirst Weekly now has a capsule. The words game changing were said. Perhaps, I didn’t completely understood my own words on Wednesday. When I was at SDC yesterday, I realized, Bixby is definitely and completely going to change the voice game. You might ask, didn’t you said you developed capsules for Bixby already? Yes, we absolutely did. They are in the Bixby showcase page. The thing is, as I said, Samsung might be rushing it a little to enter the race. As such, some things I saw first hand at SDC were not promoted in the documentation. Maybe they wanted to unveil it during SDC. The truth is I saw this camera putting some makeup on my face, then showing me a list of the same lipsticks or mascaras and then showing a list of places where I could buy them, right there. I saw Bixby recognizing a bottle of wine and showing reviews, prices. Read signs and translate them right there from the camera.

This was all part of Bixby Vision a Samsung S8+ app (some features are only S9+) powered by image recognition. I have read reviews that sometimes Bixby is not as accurate as other smart assistants in speech recognition, but all these features, combined with the ability to learn is a powerful point in favor of Bixby. All of that is now open for developers to interact with.

Among the other announcements in SDC was the coming Marketplace for Bixby capsules in 2019 and the expansion to five new languages in the coming months. I think I’m saying Samsung might have figure out multimodal commerce right there in the faces of everyone. Without AR or VR, just the camera. Certainly Bixby is here to change the game, plus we can not ignore all the phones and appliances Samsung makes. They even have HARMAN, the market leader in connected car solutions.

Bixby is coming to everything.

I’m Mari, this is VoiceFirst weekly flash briefing. You can find me on Twitter as @voicefirstlabs and on Instagram as @voicefirstweekly. Happy Friday and I’ll talk to you tomorrow!

Here is a video of my interaction with Bixby vision:

Samsung announce yesterday at the Developer Conference in San Francisco that the Bixby platform was open to developers. The Bixby developer Studio was until so far in private beta. Nersa my cofounder at VoiceFirst Labs and I were lucky enough to be in the beta program and contest for the creation of the first capsules (Bixby voice app). I heard that name might change and I’m happy for it, capsule is definitely not a good name for a voice app.

We developed two capsules, with the intention to understand the platform, one for number facts and the other for getting episodes of this show. You heard correctly, VoiceFirst Weekly flash briefing is already available in Bixby, yay!

The developer experience still fills a little raw, they clearly need polishing in the platform with the documentation and such, I feel they are in a rush to open up the platform, with the clock ticking.

The capsules were created in a weekend or less, after watching some of the videos provided and then following the documentation. It means it’s relatively straightforward to start creating something for the platform. And the documentation geared towards developers, but we found it pretty useful.

The good, the bad and the ugly

The good part about the platform is the ability to remember an answer or similar answers by instruction, that’s a pretty sweet deal that in short means you don’t need to put all the utterances for an intent. It learns. I really liked that. The way you build the capsule itself It’s also a different way to develop voice apps compared to Alexa or Google Assistant. The IDE was decent enough, it felt smooth.

The bad is the maturity of the platform. Is definitely not at the level of the likes by Amazon or Google.

The ugly, as far as we could see, and we tried, the platform is more focused towards visual interfaces, and it does not reproduce audios. As we were trying to get the audios of the show reproduced directly by Bixby – my expectation was that it was going to be similar to the cards in Google Assistant – we quickly hit a wall. I’m sure they are gonna correct that, but at this point it feels a little outdated already.

Bixby platform and the developer studio might be a game changer in the smart assistants race. The Bixby team have a different, novel idea on how an assistant should behave and I’m expecting the competition to only be good for the voice ecosystem overall.

If this catches up, Samsung will have the “phone advantage”, in their case it’s not only phones but all kind of appliances. The possibility to instantly have their platform on all this devices, without having to convince users to buy a smart speaker. Although they did released the Galaxy Home a couple of months ago, and for sure the whole Bixby ecosystem will work there as well. All in all, exciting times ahead.

This is VoiceFirst weekly flash briefing. My name is Mari, as always you can find me on Twitter as @voicefirstlabs or Instagram as @voicefirstweekly. You have a great day and I’ll talk to you all tomorrow.

P.S We will be at the Developer Conference today during the announcement of the capsules contest winners. Expect live updates on Twitter.

Today I’ll talk about one of the indications that more companies  are jumping into the voice bandwagon: the Guardian announcement yesterday: Voice Lab.

According to the press release in the Guardian website, the goal is to bring the authentic voice of the Guardian to Google Assistant through experimentation and innovation.

In partnership with Google, our dedicated multidisciplinary team of journalists, developers and designers will create and test innovative voice-driven audio experiences for the Google Assistant.

There are no examples for now as the article exhorted to come back to the page for updates. However, it’s a relevant announcement for media companies. This is not the first time that I talk about media companies leveraging voice technologies and experimenting with audio and smart speakers, BBC, NYT and HuffingtonPost Canada, either have voice applications in one of the leading platforms and a lot of other media companies have flash briefings.

I’m definitely excited to see how this new combination of mediums changes journalism and storytelling. 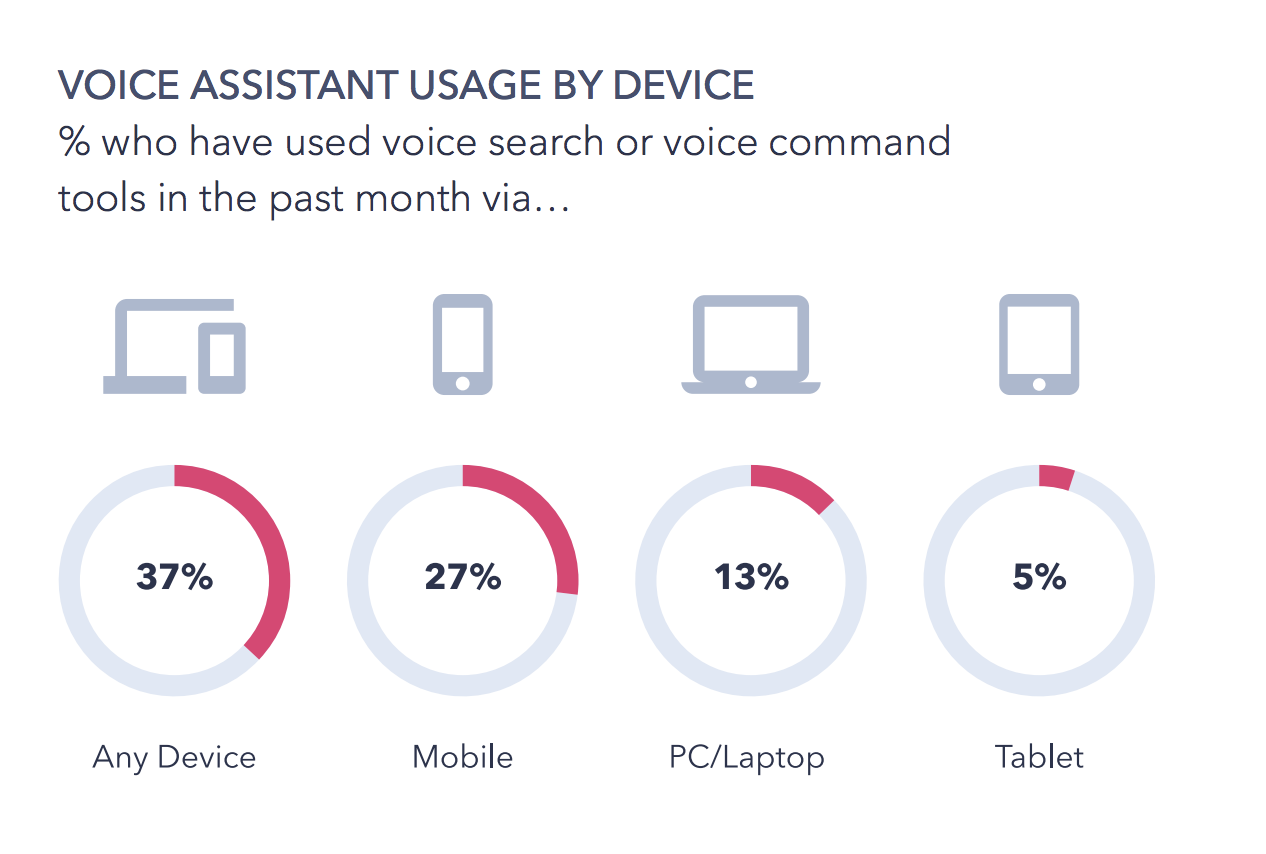 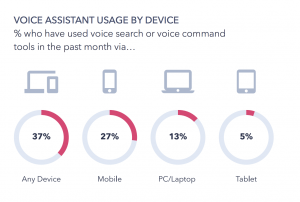 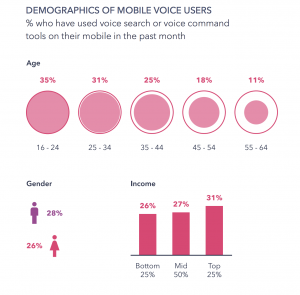 Alexa everywhere, soon available in office equipment. Amazon said a couple of weeks back that it debuted a new feature that lets office equipment makers more easily integrate their existing devices like video-conferencing gear and corporate calling headsets with the Alexa voice assistant. Makers will use Alexa for Business.

Some of the companies that are working with Amazon on the new feature include BlackBerry, iHome, and Plantronics, which owns the corporate device maker Polycom.

Happy Sunday to you all! This is VoiceFirst Weekly daily briefing, I’m Mari as always you can find me on Twitter where I live the most as voicefirstlabs or mlescaille and on Instagram as voicefirstweekly.